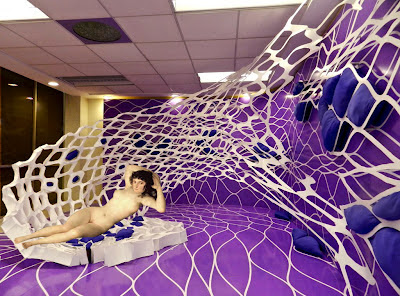 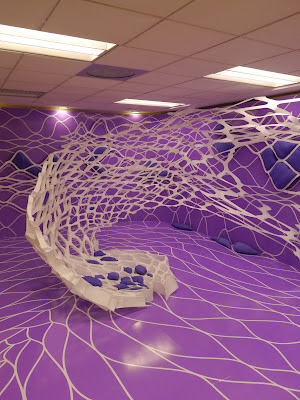 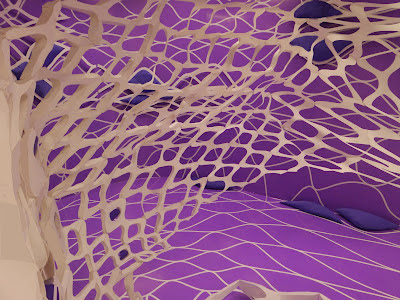 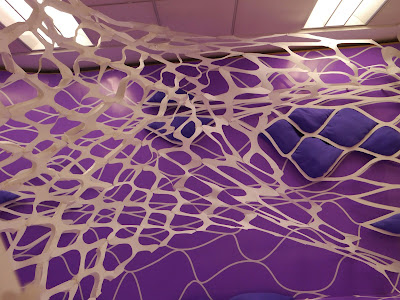 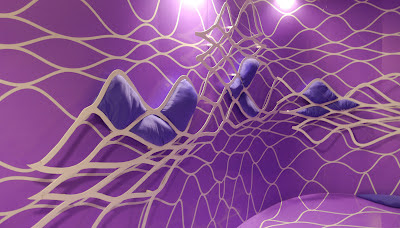 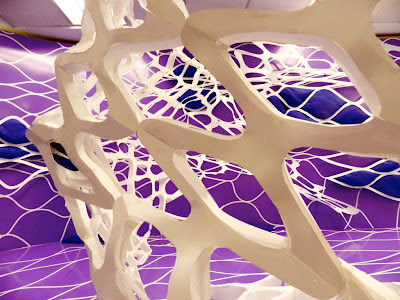 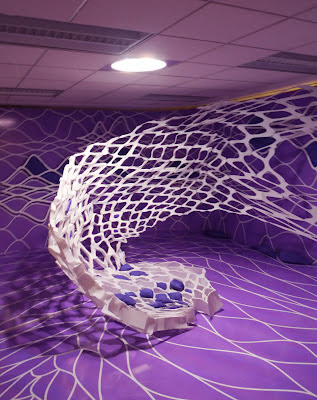 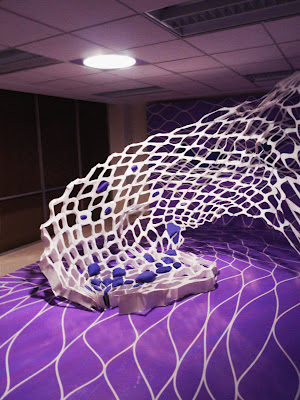 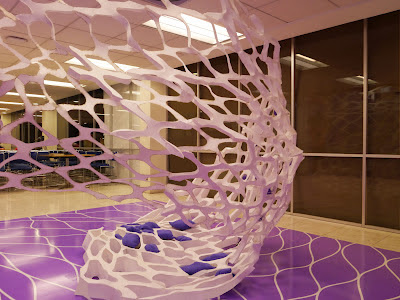 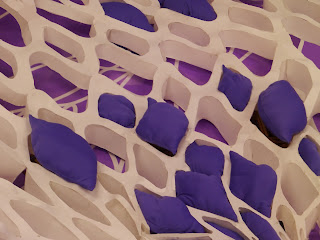 This project started as a prototype about motion, the idea of passive motion through surface articulation and ornament, a concept that has been applied in architecture throughout different eras like Baroque and Art Noveau. However we wanted to include real motion through the activation of motors by the use of different sensors that read proximity and temperature. We worked with the department of Mechatronics from the Tec of Monterrey Campus Estado de Mexico. The idea of including automatization within the architectural surface as a way to deal with  a possibility for the future of architecture by integrating robotics to activate the performance as well as the sensations.

Kink-y is a massage bed as part of a steamy atmosphere that can be installed as part of the bathroom. Kink-y has a series of massage cushions that pulsate at different intensities when specific sensors located on the surface are activated. It also has some water spritzers like "eyelids" located on the surfaces as well, these eyelids help to cool the user from the steam.
The space space is described as an atmosphere where the ornament of the wall delaminates and becomes the performative surface. The space includes a type of "disco light" that is activated with sensors as well, this gives an effect of being underwater.